During the months of June-December 2018, CNVP collected approximately 500 surveys in Los Angeles, Riverside and San Bernardino counties and conducted 3 focus groups in those counties about the Census. 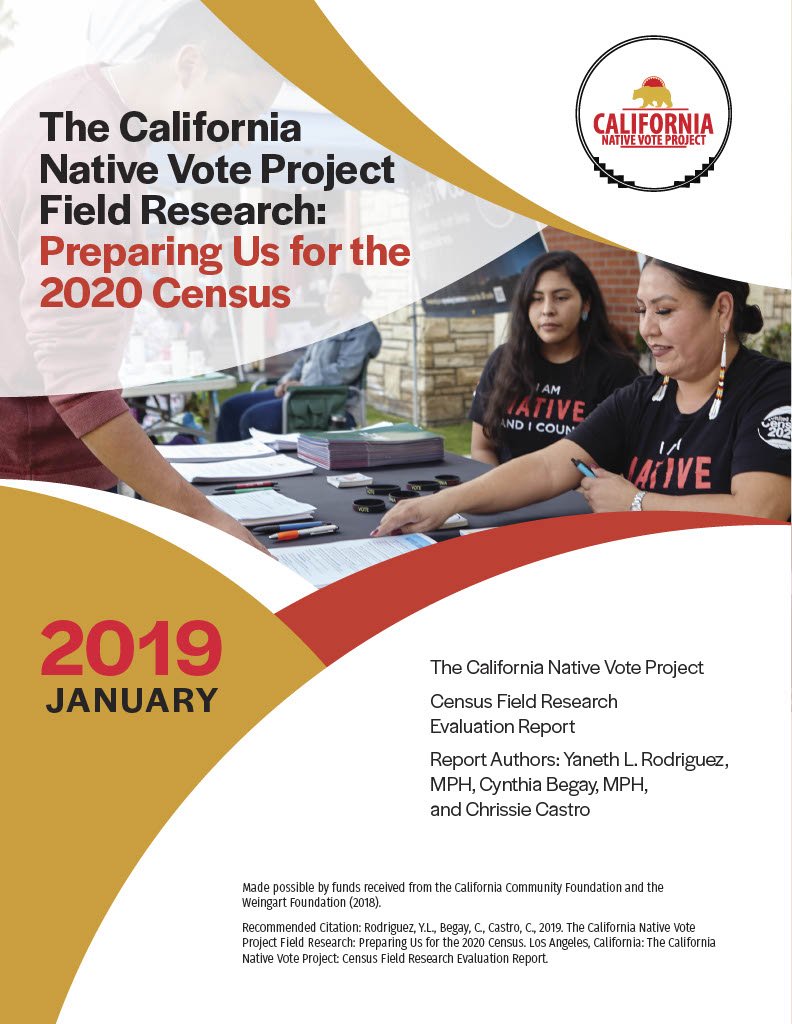 Below are the aims of the evaluation report:

The California Native Vote Project, the California Consortium of Urban Indian Health, the American Indian Studies Center at UCLA and Advancement Project California (APCA) are collaborating to produce a report on the State of Power Building in Native Communities in California, to be developed and disseminated in 2020.

The report is intended to describe the current socio-economic status of Native Americans living in California, across seven indicators ranging from health and education to democracy and justice issues. The data sets are being culled from the county level disparity index produced by AP, within their “Race Counts” initiative. The report will also feature examples of successful power building strategies being led by Native peoples’ throughout the state, through journalistic-style vignettes and/or feature stories.

The goals of the report include:

Reports from our partners: